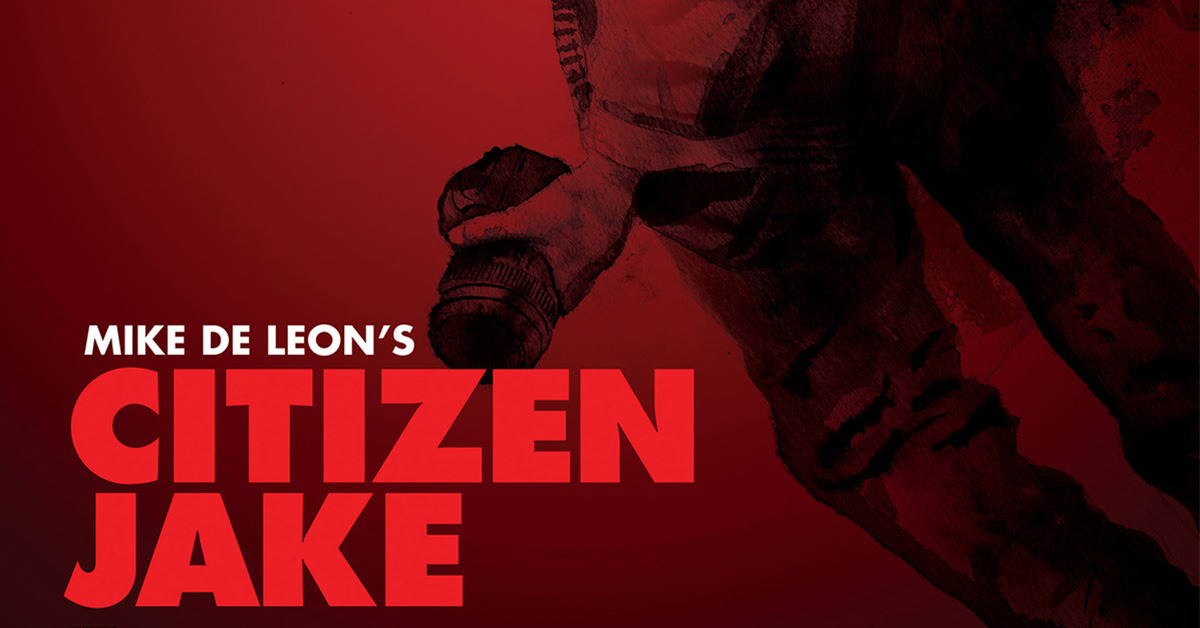 I was really excited to watch Citizen Jake because first of all, one of my favorite directors from what I believe the Golden age of the Philippine cinema is (during the 70s to 80s), Mike de Leon, directed it. It’s his first film after 18 years, the last one being Bayaning 3rd World, which is one of my favorites. Among the greatest directors in the Golden age I deem (there were Brocka and Ishma), Mike is my favorite.

Another reason is Atom Araullo. I mean, who wouldn’t be curious why he was chosen to play the lead in his very first film? I saw the trailer sometime last year, and I had to rewatch it because of my confusion as to whether it was really Atom or not. I’m gonna let his performance go because aside from it being his first film, I’ve yet to really think of an actor who is convincing enough to play an elite activist blogger. The closest one I’ve thought of was Dennis Trillo, but he’s not geeky enough. Give me suggestions on the comments section, please.

According to my college professor who reads Mike de Leon’s blog, Mike came back to creating films to fight against the current Philippine government. Mike is one of the anti-Marcos activists, and it is a big deal that this government allowed the former dictator to be buried at the Libingan ng mga Bayani. Hence, Citizen Jake was born.

Mike de Leon made the film pure, unadulterated anti-Marcos. Everything was straight to the point, condemning how a lot of people these days learned to forgive and even still give chances to the Marcoses. While many politically-driven movies tend to camouflage their agenda, this film was a tell-all.

Despite being one of the graduates of the Guerilla filmmaking workshop here in Davao, I am not very good with film technicalities, and so, I do not intend to do an in-depth technical review in this post. I have watched the film the day after it got its national theatrical release (March 24). The truth is, I still can’t put my finger entirely on it. You might say I didn’t understand it, and you might be right, but then again, it is one of the most straightforward films I have ever seen in my life. Everything was direct to the point: the social commentaries, the activism, the pessimism. The thing is, in my opinion, many aspects of the film were mixed up, lacked focus, and maybe just fallibly-executed. 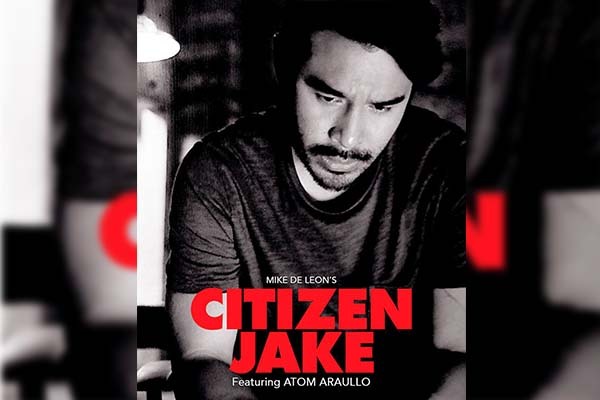 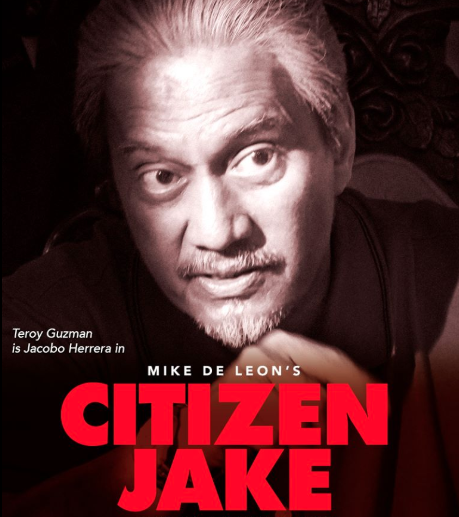 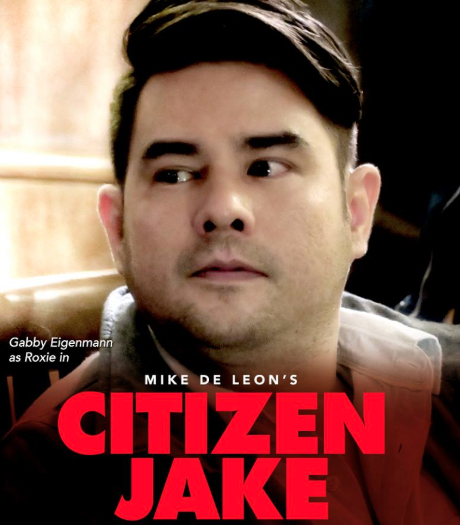 The film is about Jake Herrera, played by Atom Araullo, an idealistic ex-journalist turned college teacher. Despite being an activist, Jake’s very identity is riddled in lies and deceit because he is a Herrera. His father, Jacob Herrera, played by Teroy Guzman, is a senator, and his brother was running for the Congress. The film integrated between Jake independently-investigating the assassination of one of his students and his obsession of going against his family’s political business and their link to the Marcoses. *Spoiler Alert* Jacob Herrera’s agenda was the reason why Jake’s student got killed.

What I find really fascinating in the film was its allusion to the Godfather. It was Jake’s big brother, Roxie Herrera, played by Gabby Eigenmann, who always compared their father-son relationship with the Godfather, with him being Sonny, and Jake being Michael. If you haven’t seen the Godfather, I suggest you do so before watching Citizen Jake because it would be more hilarious and fun for your viewing. There was also a time when Roxie compared Jake to the Godfather’s middle child Fredo after finding out that Jake was out to expose their family’s malpractices. One can’t also oversee that like Michael Corleone, Jacob Herrera’s wife left their family maybe because she can’t handle all their affairs anymore (like what Kay Adams did in the Godfather). I am guessing that Mike de Leon intentionally did this to prove that he too is aware that the Herrera family was almost like the Corleones. It might be to prevent further criticism from the moviegoers, or maybe he really wanted a family story like the Godfather.

Now let’s talk about the main character Jake. As I’ve said, this film is straight out Anti-Marcos. Jake Herrera, like everyone else, knows all the cruelties and corruption that the Marcos family has done to this country, even if his father was actually one of the cronies of the former dictator. Jake is directly against his family, his blood, and not to mention, even his bread and butter. In the film, Jake drove a Subaru and lived comfortably in his family’s house in Baguio, complete with servants, whom I’m guessing is still under his father’s financial care. How can someone like him dare go against his family? Was it merely for his beliefs? Was it for his identity? Was it for his dignity and about choosing the right thing to do? Was it part of the redemption he wants for his family?

Whatever it is, in the end, one can see Mike de Leon’s pessimism in this society. *Spoiler alert* There was a scene in the film when the Philippine presidents in the past decade where shown on a TV set while Jake narrates that everything is still the same. Anyone on top is just a power-tripper, works for the elite, and gives his/her allies unlimited benefits. In the end, Jake, despite all his ideals, succumbed to his own pride and ego. It’s such an irony. Or maybe he was driven to destroy himself because he couldn’t control everything.

As for all of us human beings, being socially-aware and even fighting for the rights of everyone either leads us to downfall or achievements. Like Mike de Leon, every political and social commentary he has ever written and made into a film gave him recognition, while some socially-aware people become nihilists or depressed. Some might continue with their activism, but like Jake, is still surrounded by luxury.

It’s very hypocritical, but then again who are we to judge anyone? We cannot control everything in this world. The big bosses do so already. Fighting for change, may it be bloody like what the NPA yearns, or peacefully and creatively, like that of Jose Rizal’s, Mike de Leon’s and maybe hundreds or the thousands of people who rally in the streets, what was the result? Yes, more awareness, where it all starts, but then if we don’t get what we fight for, we lose focus again. We move on. Unless more than a hundred thousand people die and become heroes for a single cause, everything will just go round and round.

2 thoughts on “Citizen Jake: on Activism, Pessimism, and the Corleones”