The lost boy, the musical genius, the hypothalamus, the too-old-for-his-age millennial/baby Z, the Paquito look-alike–these are only some words that people associate the former IV of Spades frontman with. Many fans still wish that he would be the Prodigal Son of IVOS. Now, he’s all over the internet, with countless memes made to ridicule or flatter him.

Even before IV of Spades’ full album comes out, Unique released his own under OC Records and Viva Records. It has been 4 months since he left the band. I believe that Unique has something to prove to fans, knowing that he co-wrote the hit, Mundo. However, in my blog post, Unique is going solo: is it the right move?, I said that I was hesitant about his move because first of all, he’s still very new in the music scene. Even though IVOS became overnight icons, his move was risky.

Unique had already uploaded 3 solo demo songs on Soundcloud even before he left IVOS. I was impressed with Jules and Apoy sa Kandila but quite disappointed with the Ed Sheeran-influenced Midnight Sky. Surprisingly, it was Midnight Sky that Unique first released on July 12, the same date his former band IV Of Spades released their 5th single, My Prison. I was very ecstatic with My Prison because of its Hollywood-parring music video, 80s synthesizers, Prince and Michael Jackson-driven melodies, and accompaniment, matching with Zild’s indie-driven vocals, which I highly commended. They were really able to do it without Unique.

Unique’s Midnight Sky was the most popular among the 3 demo tracks that he uploaded on Soundcloud. It garnered several fan plays on Youtube, with comments requesting that they release it asap. Hence, I guess it’s one of the reasons why they decided to release it first. However, it wasn’t popular with rock fans and older listeners. I have high respect for Ed Sheeran, but I was disappointed that Midnight Sky was just so full of Ed’s influence. My Prison also had a Sheeran impact, especially at the end of the song, but it was a masterpiece all together. 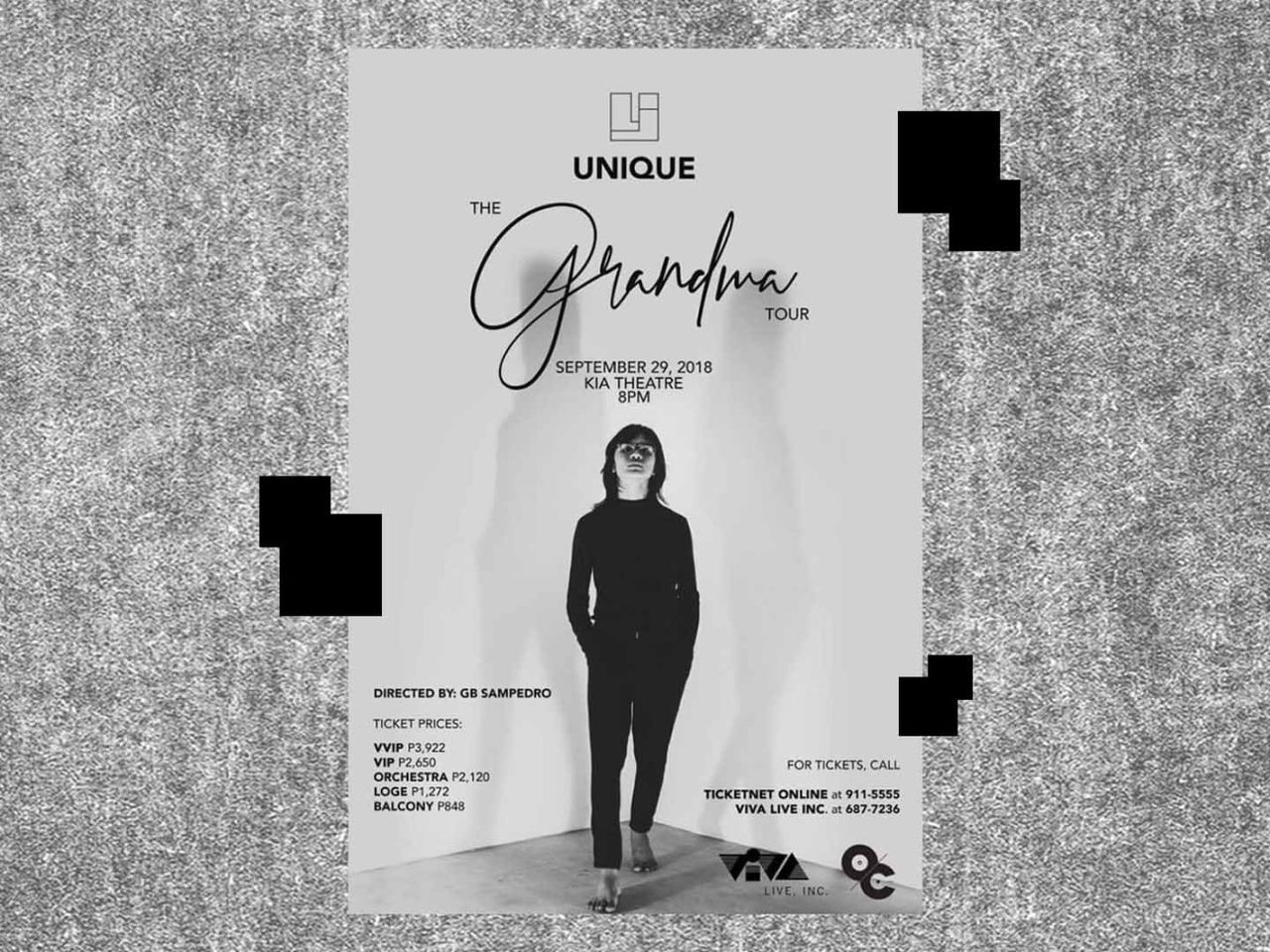 None of my friends was fond Unique’s 3 demos on Soundcloud. When Midnight Sky‘s music video was released, one of them said that Unique isn’t really ripe yet. We thought that he was better off with IV Of Spades. Unique was also the subject of ridicule online, after announcing his first concert on September 29 at the Kia Theater. Tickets are costly, and during that time, his full album wasn’t even released yet. I wondered what songs he would play there, given that there were only about 5 songs under his belt (at that time).

I underestimated Unique’s partnership with Kean Cepriano, given that the latter has little to no substantial music to offer. In an interview with Boy Abunda, Unique disclosed that he isn’t a fan of Kean’s music, and Kean said that he wasn’t surprised. This revelation was actually a hint that Unique’s will not sound anything like Kean and that Kean respects his artistry. I was able to watch the interview after I got to listen to the album, so even before so, I was proven wrong by Unique (regarding all my doubts about him).

Unique also revealed in his interview with Boy Abunda that he doesn’t want his music to be categorized in a single genre. True to his word, his album is a complex project. One can hear that his songs are derived from his many influences. His first album’s name is Grandma. He ambiguously said that that was the name because it was different or that maybe he was just trippin’.

Sino, a Nihilistic take on love, played on Spotify first. I instantly fell in love. I love its simple and steady beats. Some of my friends still aren’t solved with it because it might be too indie for them or they may still not be used hearing Unique’s voice singing a tune not as upbeat and popish like IVOS.

Another favorite of mine, Ozone (Itulak ang Pinto) is the song that’s close and can even be a part of a IV Of Spades’ album, with its funky guitars, and Unique’s revered falsetto sang in the chorus. My friends loved it.

Jules and Apoy sa Kandila were what I thought he would really love writing since he has been very open about liking indie folk. The songs are obviously very reminiscent of Bon Iver and Ed Droste’s style.

Cha-ching, one of the more soulful a blues-driven tracks in the album, had a very free-flow songwriting and sequence. The song might’ve meant something about blind followers, greed, and betrayal.

We Know, also a favorite is very grungy for me. This genre I didn’t expect would be one of Unique’s playlists.

The album’s intro and filler were both social commentaries. M stands for Money, with lyrics “Money in the bank,” whatever he means by that or if he dedicates it to some people. Paalala, the intro to Goodnight Prayer, is a reminder that since people are worshipping God, they must not forget all the Bible teachings. One shouldn’t be hypocritical.

In the cryptic Goodnight Prayer, he writes about religion and money. I’m not really sure if it’s about religion’s money-making schemes or if he meant that we should practice donating tithes. His personal Facebook account‘s name is still Satan Lucifer Beelzebub in reverse. I haven’t really followed any of his Twitter posts, but does this mean that he is gearing towards Atheism? Or could the Beelzebub just mean his favorite character in the Lord of the Flies or the Japanese manga? Nevertheless, Unique clearly loves it when were are thinking and guessing about whatever he does and creates. This song also reminds us so much of Yano’s Banal na Aso, Santong Kabayo.

Grandma is delightfully surprising. As young as 18 (or even younger when he wrote songs in the album), Unique was able to incorporate all his influences, from classical to pop rock; from indie to grunge. Apart from that, his songwriting is superb. It doesn’t just adhere to one topic (such as love) but also leans toward social commentaries. I agree with Boy Abunda’s sentiment, this kid indeed is an old soul.

13 thoughts on “Unique’s Grandma, a quintessence of an old soul”