Radiohead, one of the most significant rock and experimental bands in our generation, never fails to surprise us. In their usual wit and quirk, they announced on their Instagram that their Digital Public Library is now open. It only took a few seconds for me to be mesmerized by the whole thing.

Radiohead.com has always been infuriatingly uninformative and unpredictable. We have now, predictably, made it incredibly informative. We present the RADIOHEAD PUBLIC LIBRARY. (link in bio)

The library encompasses everything they have created and been part of, in their almost 35 years as a group: their albums, rare B-sides, official merch, pictures, artworks, and even the things that are important to them outside of the arts, like a link to one of the websites that support climate change action. If you’re one of the people who were greatly influenced by Radiohead and joined them morph into an arthouse locus from being an alternative/pop pillar, you’ll be delighted to revisit the group’s transition through this library.

As another treat for their fans, each of the members will act as a librarian and upload their curated materials on their social media from January 20-24.

Now look! I got my official Library ID! 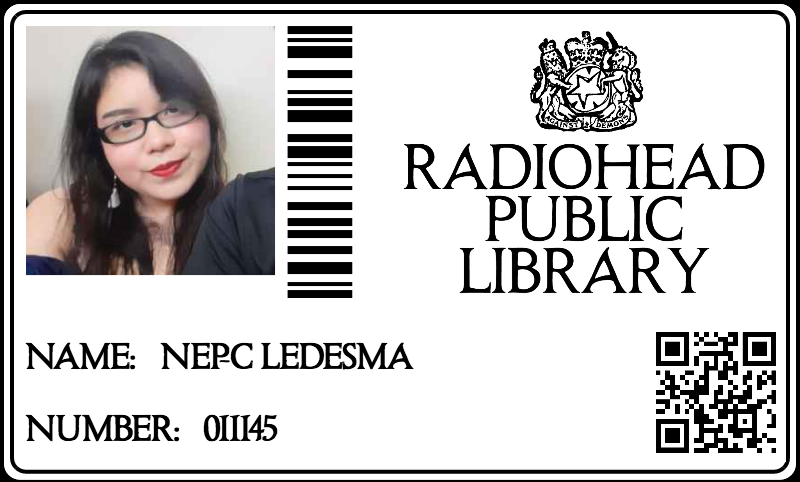 Want to get yours too? Visit the Radiohead public library now.

7 thoughts on “Radiohead just launched their Public Library and I got my membership ID!”